A migrant way to capture sound

The idea of LeHome Studio was born back in 2011, when Francesco was still finishing his studies in Audio Technology, at the Scala Theatre Academy in Milan. The classical background and working experience brought him then in Vienna, where he started working as Sound Engineer in the prestigious Vienna State Opera.
Recording, capturing the sound that surrounded him, to manipulate it and create (acoustic) beauty - in live and wild situations - remained however his deep passion. Thus, he began experimenting with mobile studios and portable gear, state of the art technology that brought him to sharpen his sensitivity for music and sound in general. All with the ultimate purpose of being able to capture sound in its most truthful nature. A migrant studio, that follows the sound, constantly chasing the truth.

We usually operate between Austria and Italy, but, as our mission states, we're happy to migrate wherever you need us. 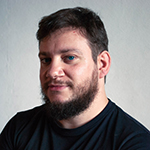 Founder & engineer at LeHome Studio. Physically in love with music. 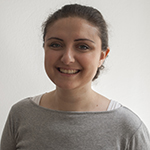 Manager & Accountant. She's the one holding the studio together.

Take a look at our services here